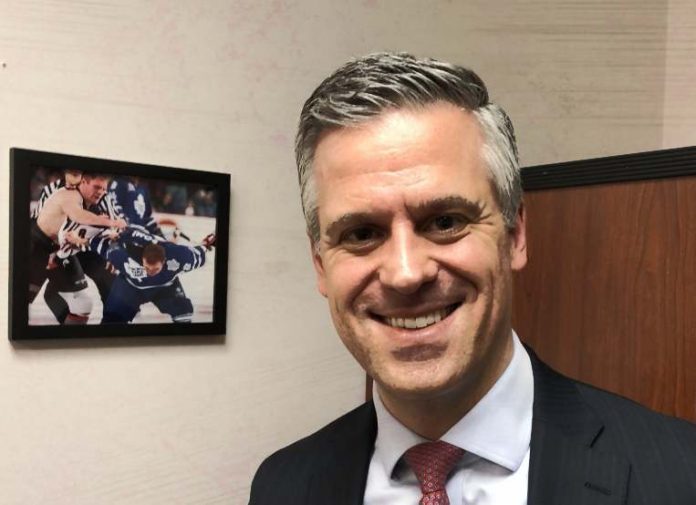 Michael Marando, one of four federal prosecutors who were responsible for persecuting Roger Stone on charges stemming from the Mueller investigation, may have just violated Judge Amy Berman Jackson’s gag order pertaining to those involved in the prosecution and defense teams in Roger Stone’s case.

With Roger Stone’s case currently in the appeals and sentencing process, federal prosecutor Michael Marando was approached by Buffalo News DC Bureau Chief Jerry Zremski, who was interested in doing a feature on Marando’s involvement in the case. According to our conversations with Zremski, Marando then directed him to Kadia Koroma, a public affairs consultant who serves as a spokesperson for the F.B.I. according to Zremski and Koroma’s LinkedIn profile. You can read the article here.

Efforts to obtain comment from Koroma were unsuccessful. Read more

Zremski claims that Marando refused to answer certain questions, but Judge Amy Berman Jackson’s gag order was clear; both sides are not to discuss anything related to the case to members of the media. Nor are they allowed to encourage surrogates or friends to do so.

Given the fact that Judge Amy Berman Jackson was explicitly clear in her directives to both sides regarding any contact with the media, it seems likely that Marando has indeed violated Judge Jackson’s gag order. Unless Jackson has issued new guidelines for the prosecution and defense in the Stone case, this could prove to be an important part of Roger Stone’s appeal process if he decides to contest the jury’s findings at a later date.

Earlier this week, a hardcore leftist named Seth Cousins who served as juror #3 in Stone’s case, took the unprecedented step of publishing an op-ed in the Washington Post detailing his “experiences” during the trial.  This is clear ethical and moral violation of how jurors are supposed to behave following a case, and might even be legally problematic for the prosecution and Mr. Cousins since he admitted to not paying attention to the defense’s arguments. Cousins even echoed Marando’s closing statements verbatim in his op-ed, even going as far as to say that the “facts” of the case were not even in dispute by Roger Stone’s attorney’s. This could prove that he did not uphold his oath as a juror and quite possibly lied during jury selection when asked if he was prepared to be attentive, fair and impartial during the trial.

Marando isn’t the only prosecutor tied to Stone’s criminal trial or the Mueller investigation who has attempted to gain notoriety or profit from their involvement in the case. Just a few months ago, Hillary Clinton acolyte and ally Jeannie Rhee, who led the investigation against Stone for Robert Mueller, was hosted in Maine for a speech regarding Roger Stone and the 2016 elections, according to news reports and those present.

It is unknown how much Ms. Rhee was paid to give this speech.

One has to wonder how President Donald J. Trump feels about his own high ranking FBI spokesperson brokering a press appearance for the man who prosecuted his longtime friend into a jail sentence that could likely be a death sentence for the 67-year old Stone, depending on the outcome of his sentencing hearing on February 6th.

You also have to consider that Judge Amy Berman Jackson could be upset with how Mr. Marando and Mr. Cousins have sprinted to the press to offer their commentary on one of the biggest cases to ever appear before her court, before the sentencing or appeals process has concluded.

With these latest developments, President Donald J. Trump should be looking to issue an immediate and full presidential pardon to his longtime friend Roger Stone. As the possibility of an impeachment looms, Trump cannot afford to leave Stone on the battlefield while he prepares to face the radical and deranged Democrats in the fight of his life. He needs people like Stone free and able to push back against this illegal coup effort, sooner rather than later.