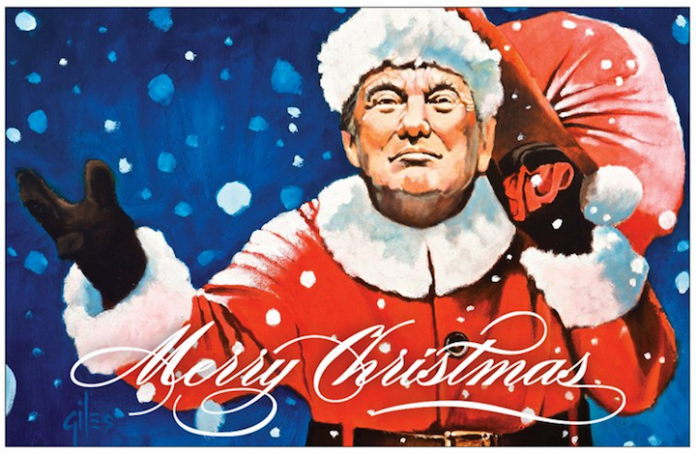 An employee at the Burlington store confirmed the donation, saying that they had never had that type of thing done before and that it “restored her faith in humanity”.

According to LA Key, who led President Trump’s campaign regionally in the must-win state of Florida, a staunch advocate of President Donald J. Trump paid off over a dozen layaway accounts at an Orlando branch of Burlington.

“He is a humble and very private man. All I can say is that he is working hard to re-elect President Trump and felt like doing something kind in his honor this Christmas. Amid all of the negative impeachment craziness and attacks on the America First movement, it is nice to see some positivity during Christmastime.”

Key told CFP that the man didn’t have much growing up and hoped that giving back would help make sure this Christmas was as good as it could be for his neighbors. She was approached by the individual, who asked her what could be done to give back.

“There isn’t a moment that he doesn’t think about others or what he can do for those in need. We are all respecting his privacy and are so glad that he continues to be motivated to help others.”

An employee at the Burlington store confirmed the donation, saying that they had never had that type of thing done before and that it “restored her faith in humanity”. While the Democrats and mainstream media continue to tear down President Trump, it is good to know that his supporters are showcasing their compassion leading in to 2020.

UPDATE: Burlington has responded to the generous donation!

“We are so appreciative for this thoughtful customer’s gesture. We are thrilled to bring smiles to the faces of families within our community, especially during the holiday season. Giving back to the community is part of Burlington’s heritage, and we are thankful that a kind-hearted customer was so supportive and generous to so many local families. The holiday season can be a tough time for many, so their kind gift will surely bring smiles to countless faces.”