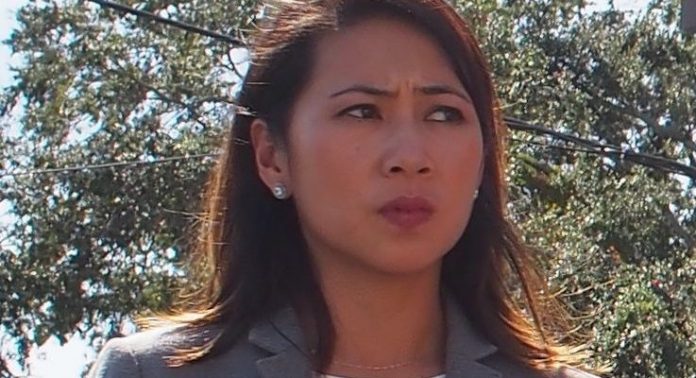 Published First At The Gateway Pundit

In a poll obtained by TGP, Central Florida based Congresswoman Stephanie Murphy is underwater going in to 2020. Murphy, who flipped the longstanding Republican district to Democrat in 2016, is running for a third term after spending her first two terms proclaiming to be a “moderate” who stands against people like Nancy Pelosi.

As a way to reason for her vote in favor of impeaching President Donald J. Trump, Murphy cited her Communist beginnings as a reason for her support of House Democrats articles of impeachment, which would become the only completely partisan impeachment in the history of the United States of America. We reported on this despicable reasoning on the day of the impeachment vote, which many people believe is a major stain on the House of Representatives.

However, Murphy’s move to the hard-left and her embrace of Communism has not done well for her in Florida’s 7th congressional district, which includes the must-win I-4 corridor, a place you must win if you want to win the White House. According to a poll that was conducted by Robocent polling and sampled over 350 respondents representative of the voting base, with 64% of CD7 voters saying that they “do not support” Murphy’s vote to support impeachment and 36% saying that they did support the vote.

Respondents were also asked if the election were held today, who would they vote for among a selection of already announced candidates. Only 41% responded that they would re-elect Murphy, with Trump ally and Seminole County Tax Collector Joel Greenberg coming in a close second with 33.74%. Longwood Mayor Matt Morgan came in third with 19%. Candidate Leo Valentin garnered 4% of the vote and noted Bush acolyte Vennia Francois earned just 1.22%.

Favorable opinions of the top two vote-getters in the survey tell a very interesting story. Trump ally Joel Greenberg has a 52% favorable opinion among voters, while Murphy has just a 44% favorable approval rating. Coupled with the fact that over 60% of voters, across party lines, oppose Murphy’s alliance with far-left House Speaker Nancy Pelosi to impeach President Trump, America’s leading “moderate” Democrat sure looks to be in trouble in 2020.