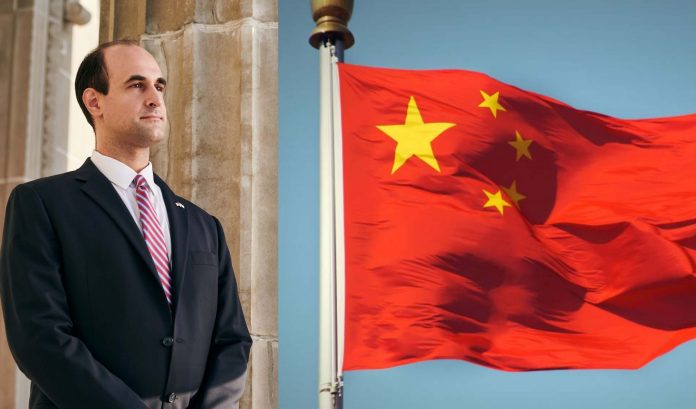 Christian Acosta, a Republican candidate for US Congress in Florida’s 21’st Congressional District is under fire for organizing a campaign fundraiser at a Trump property in Florida with known associates of Cindy Yang, a Chinese woman who has been accused of selling Chinese investors access to President Trump through GY US Investments LLC. The company belongs to Yang and her husband Zubin Gong.

In an invitation posted to Acosta’s campaign site, he is advertising a fundraiser on February 18th at the Trump International Golf Club in West Palm Beach, FL. The event chair for the event is Johanna Klausen, a fellow Mar a Lago member and friend of Yang. It is believed that Klausen previously sponsored Yang at Mar a Lago.

Another one of Acosta’s host committee leaders, Kerry Kensington, is also tied to Yang. Last year, the FBI allegedly questioned Kensington at her home in relation to her possible involvement in the scandal and her ties to Yang.

In a photo that is now being circulated around Palm Beach, Klausen, Kensington, and Yang are seen together just prior to the FBI’s investigation into Yang’s suspicious business practices.

Yang has been battling allegations that she is an asset for the Chinese government, which makes Acosta’s fundraiser at a Trump property even more dubious.

According to the Miami Herald, in April of 2019, “A Chinese woman carrying a thumb drive loaded with malware was detained at Mar-a-Lago after trying to gain access to events advertised on Chinese-language social media by Li “Cindy” Yang. Yujing Zhang, has been charged with two federal crimes: making false statements to a federal officer and entering restricted property.” She is being held for deportation.

Less than one month ago, on December 19, 2019, another Chinese national was arrested for illegally entering Mar a Lago. According to CBS News, Jing Lu was confronted by private Mar a Lago security and was asked to leave. Palm Beach police said she returned to the property and was found taking pictures of the president’s residence. In September, she was found guilty of trespassing, being in the US on an expired visa, and lying to Secret Service.

Judge Jeanine Pirro is a known supporter of Laura Loomer, one of Acosta’s opponents. Last month, Pirro endorsed Loomer in the district at several of her book signings. Pirro also mentioned Loomer’s run for Congress in her new best selling book, Radicals, Resistance, and Revenge.

Pirro was not pleased with Klausen’s behavior, and our source kindly asked her to leave her table after restating her support for Loomer.

It is unknown whether or not other individuals listed on the invitation, including Toni Holt Kramer, Debbie White Dove, Dr. Art and Belinda Keiser, and Conservative radio host Joyce Kaufman are aware of Klausen and Kensington’s associations with the Cindy Yang scandal. However, it is concerning to see a GOP candidate collaborating with close associates of an alleged Chinese spy and the Mar-a-Lago intruder who brought malware to President Trump’s Mar-a-Lago property.

If Mr. Acosta were to become the nominee, the Democrats would surely use these associations as a way to denigrate and destroy the GOP’s hopes of flipping Florida’s 21st congressional district red in 2020. Beijing led spying activities in South Florida have been on the rise in the past few years, with nearly a dozen Chinese nationals having been arrested or detained for taking photographs of our naval bases in Key West.