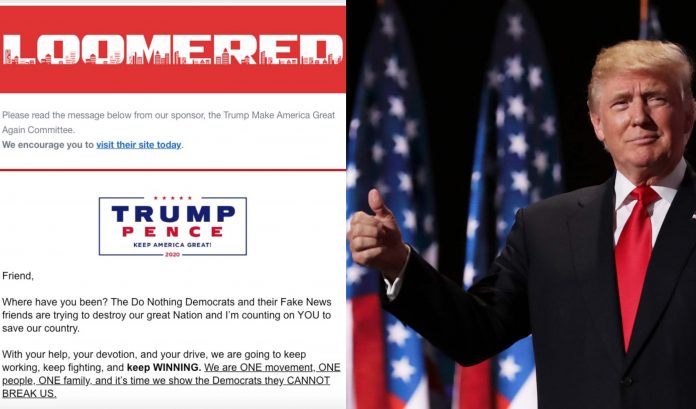 When contacted by this Central Florida Post, Loomer told us that she was honored to be able to help President Trump’s fundraising and re-election efforts.

“LOOMERED supporters are very much in line with the America First Agenda. Thus, it makes perfect sense for President Trump’s re-election campaign to rent my list to share their message with voters and potential donors. It’s an honor to be able to assist the President in his messaging and fundraising efforts. It’s imperative that President Trump is re elected in 2020, and the LOOMERED List will not disappoint,” Loomer said.

Countdown until the liberal media and people like Jared Holt go absolutely bonkers over this! If Laura Loomer’s fundraising is any indication of how President Trump will do, it looks like the Trump 2020 campaign will come away with a sizeable haul. Florida Politics reported that Loomer outraised her Democrat incumbent opponent Lois Frankel for the second quarter straight!