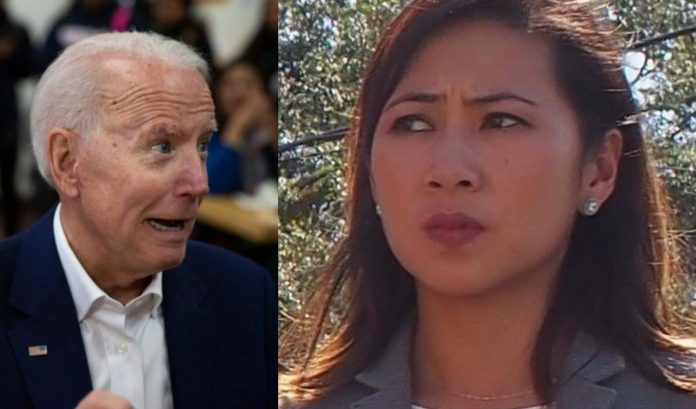 The extremely authoritarian and left-wing Congresswoman from Winter Park will back Biden in the coming days, her third endorsement of the Democrat presidential primary.

We have reported extensively on how Stephanie Murphy is one of the most dangerous and power-hungry politicians in the United States. I recently published “SAIGON STEPHANIE MURPHY – THE TRUTH ABOUT AMERICA’S MODERATE”, which is the definitive look at what makes her tick and the origins of her authoritarian attacks on our founding documents.

After backing gun-grabber Beto O’Rourke’s doomed presidential bid, Murphy sold herself to former NYC Mayor and billionaire Mike Bloomberg’s campaign. Bloomberg is one of the most active anti-gun advocates in the nation, having spent millions to elect Democrats like Murphy who want to abolish the 2nd Amendment.

While Murphy has gone on record saying that she opposes the economic components of socialism, we know better. She claims to be for capitalism, but not when it comes to allowing the marketplace to determine what is or isn’t economically viable, particularity when it comes to the 2nd Amendment.

She has pushed gun bans and authored legislation to increase funding for “gun research studies” that watchdog groups have decried as a backdoor method to chip away at the protections provided to citizens by the 2nd Amendment.

Despite this, you will likely see Congresswoman Murphy back Joe Biden for President, framing her move as a way to bring people together in support of a “seasoned” leader who can appeal to Democrats, Republicans and Independents. The media will not reference her near 100% voting record with House Speaker Nancy Pelosi or anything else we have addressed.