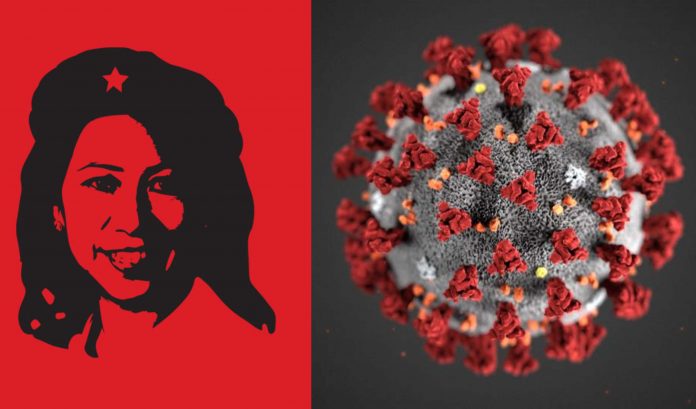 Mere hours after suggesting the insanely stupid idea that America suspend tariffs on Chinese imports, Congresswoman Stephanie Murphy announced late Wednesday night that she is self-quarantining after having come in contact with a member of congress who tested positive for Wuhan Virus.

Late this afternoon, I reported for The Gateway Pundit that Congresswoman Stephanie Murphy of Winter Park and Congressman Joe Cunninham from Charleston are proposing legislation that would end tariffs on Chinese imports amid the Communist nations horrible mishandling of the Wuhan Virus.

A leading House Democrat is suggesting that we end tariffs on Chinese imports amid the spread of Wuhan Virus , essentially rewarding the Chinese for their secretive and problematic handling of the virus that is quickly spreading to all corners of the globe.

Florida Congresswoman Stephanie Murphy, whose husband manufactures sportswear in Chinese factories  according to an article by The Hill, could potentially benefit from such a move. The proposed legislation is co-sponsored by Democrat Joe Cunningham of South Carolina. Murphy also owns a patent on one of the products manufactured by her husband.

Why Murphy or Cunningham would think that rewarding the Chinese Communist Party and government is a good idea at this time? She didn’t even suggest or offer guidance on how they would make sure imports are properly checked for the Wuhan Virus or how those handling the items would be reviewed.

In my book, Saigon Stephanie Murphy – The Truth About America’s Moderate, I revealed how her husband’s company manufactures nearly 100% of their goods in China and the allegations about his involvement with the Chinese Communist Party. Maybe that’s why Murphy wanted to end the tariffs, so her husband and his alleged Communist cronies could reap the rewards.

For Murphy to be at risk of having Wuhan Virus could be a major case of karma. Hopefully this sidelines her from the legislative process for long enough so her bogus bill doesn’t see the light of day.

China should not be rewarded and neither should your husband. We are watching you Congresswoman.