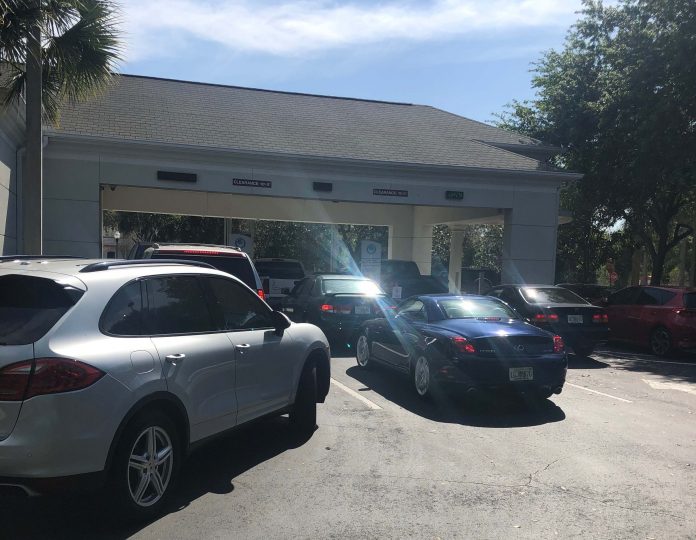 Joel Greenberg, who pioneered the idea of opening tax collector offices with drive-thru functions, said that his move to expand offices and acquire new property has proven to be crucial for providing services amid the Coronavirus pandemic.

While Tax Collector offices in the state of Florida closed amid health concerns over the Coronavirus, Seminole County is allowing taxpayers to update their registrations, tags, titles, obtain temporary drivers licenses and more as we prepare for what many believe could be a several week long lockdown order from Governor Ron DeSantis.

They are able to do so thanks to Greenberg’s decision to use an old bank building as the site of the recently opened Winter Springs location of the Seminole County Tax Collector’s Office.

We reported last week how Greenberg had praised Governor Ron DeSantis for giving Florida drivers a 30-day extension to renew their licenses. The first-term elected official also asked DeSantis to take it a step further, requesting Governor DeSantis to include vehicle and vessel registrations as well.

In a comment provided to the Central Florida Post, Greenberg stated that what he had originally viewed as a convenience service, has now become “essential.” While he says that many residents are utilizing the drive-thru service, the wait times remain low and the flow of traffic remains “quickpaced.”

“When we became the first Tax Collector’s office to open drive-thru services, we would have never imagined it would become an essential service to help our Seminole County residents,” Greenberg says. “However, because of its popularity this morning, we ask that only people who have an absolute emergency use the drive thru in Winter Springs until we are able to return to normal operations.”

Spokesman Alan Byrd and Communications Director Michelle Ertel told us that they will communicate expanded hours and services “very soon.”