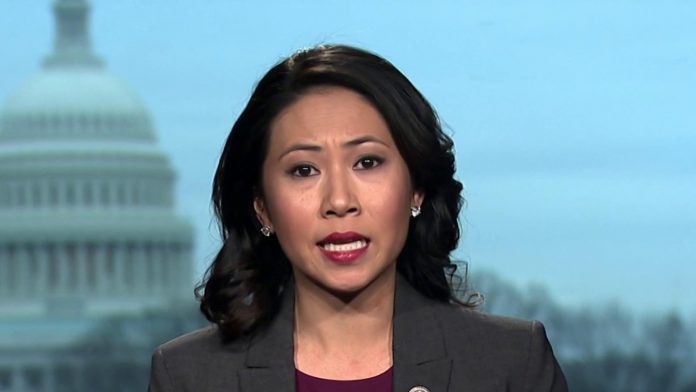 No records exist of her being appointed to lead the Avian Flu response in the mid-2000’s, but that doesn’t stop Congresswoman Murphy from claiming she “lead” those efforts.

Top Democrat Stephanie Murphy, who last month proposed legislation to reward China for their mishandling of the Corornavirus pandemic, is now demanding that President Donald J. Trump and his administration be investigated for their handling of the pandemic.

Curiously enough, Murphy, in her own press release and statements to Florida based media, claimed that President George W. Bush appointed her as a lead operator in responding to the Avian Flu crisis in 2005. Murphy served in a low-level role on the National Security Council in the mid-2000’s according to our sources.

Scott Powers, who authored an article detailing Murphy’s request, confirmed that he did not demand documentation or evidence to support Congresswoman Murphy’s claims.

Worse yet? Murphy’s March legislation that aimed to remove President Trump’s tariffs on Chinese based companies could have benefited her husband’s sportswear company. Her husband is suspected of having extensive dealings with the Chinese government, which is common practice for companies who produce nearly 100% of their goods in Chinese factories.

The Democrats continue to threaten this president even in the midst of a historic national pandemic. Are Republicans going to fight back or allow another sham Ukraine-style investigation of the president’s Coronavirus response cripple our nation?