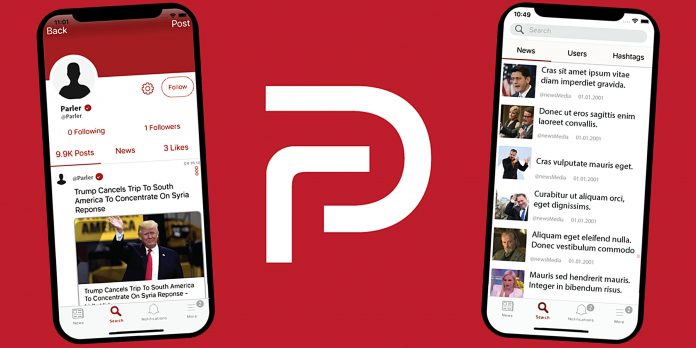 Early indicators and rapidly rising user numbers seem to indicate that the network is built to last. Many have tried and failed to take on the giants but Parler is clearly onto something.

In about the Fall of 2017, political provocateur Roger Stone was banned from Twitter for life. He was a strident tweeter to be sure, calling ’em as he saw ’em, but I could point out hundreds of leftists, radicals, racists and general haters who to this day tweet away with abandon the most egregious and inappropriate things all over that feed. No bans for them.

Shortly thereafter, Twitter suspended my account. I assume it was because I had been active in campaign-related activities with Stone and was also using my feed to promote a documentary about him that had recently premiered on Netflix. I’m a promoter. I promote things (have you seen “Get Me Roger Stone,” by the way? If not, you should. It’s awesome). Someone at Twitter had a problem with me doing my job, apparently. Meanwhile, actually dangerous sorts like Antifa, apparent presidential assassination advocate Keith Olbermann and the class act who tweeted of his or her sorrow over the fact that Kathy Griffin didn’t hold up a photo of then-11-year-old Barron Trump’s severed head on the cover of that magazine are still there, unmolested by Jack Dorsey (girlfriend wants the nose ring back, dude) and his band of little fascists who think they are the arbiters of all things acceptable and not so.

Now, I’m not sure if I was banned for life like Roger and so many others of the center-right persuasion have been and continue to be (like Laura Loomer–perhaps the poster child for Twitter and other social media outlets’ muzzle missions)–I didn’t stick around long enough to find out and Twitter had been making me throw up in my mouth a little on the regular anyway–but it doesn’t matter. They harassed me, I decided they were left-wing groupthinkers doing grave harm to society by abusing this tool they created that once had such potential, and I washed my hands of them and all other social media while I was at it. Except Linked-in, where I actually find business value and the temperature is markedly lower.

Anyway. Life sans Twitter, Facebook, what have you was a much better life, it turned out (it’s much too short to stand around and stare at the train wreck), but I sometimes missed the frequent communications with far away friends and following thoughtful, funny, enlightening feeds that do abound, wishing but not holding my breath that a social media site that actually respected its user community would manage to surface and work in this tech niche that has been pretty much locked down to newcomers.

Well. Along comes Parler(named after the French term for “speak,” but no one pronounces it the French way. Everyone’s pronouncing it “Parlor” rather than “Par-lay” but “Parlor” totally works as a describer of this thing as well, so….’murica, right?!) A self-described “non-biased free speech-driven entity (with the) goal (of offering) the world a platform that protects user’s rights, supports publishers and builds online communities.”

Parler was launched in the Summer of 2018, basically as Twitter for individuals who enjoy having rights. Early indicators and rapidly rising user numbers seem to indicate that the network is built to last. Many have tried and failed to take on the giants but Parler is clearly onto something.

Aside from the fact that my friends are using and vouching for this little platform that could, Parler had me at “We are not regulators. We are not governors. We are a community.” It’s a good site. Nice platform, user-friendly, filled with an array of interesting people saying mostly interesting things. Lots of right wingers who’ve been shunned by big tech. Roger’s on, unmuzzled (though he’s muzzled by the Deep State Government at the moment so he can’t update), oft-banned Milo’s on, as is the aforementioned Loomer, a 26 year old fireball that the media, big tech and the far left (pardon the redundant language) love to hate.

Loomer’s situation is particularly interesting in that she’s running for congress in her home base of Florida’s 21st district. Banned from Twitter. Banned from Facebook. Banned from everything (except Parler, bless ’em). Her opponent? Incumbent Democrat Lois Frankel (whom Loomer continues to out-hustle and out-fundraise) and her campaign operation, on the other hand? Come on in! Is this fair? It isn’t. It was the longtime position of Twitter that any duly registered candidate for federal office would be allowed an account. They changed that rule right about when Loomer qualified for the Republican primary for Congress in Florida. Now you must be the nominee a party to be guaranteed an account but then they’ll change that rule later as well.

Laura and her team are rightfully making it an issue.

No article these days would be of interest to anyone without mention of The Pandemic, and there is indeed an angle here, which Loomer has flagged. Basically, the arbitrarily banned are at a real disadvantage in not having access to major social media when things are happening in real-time and most get and share info via vehicles like Twitter and Facebook. It’s a valid point, which further brings their constant claims of openness and tolerance into serious question. You can read more about it here.

So the random big tech bans don’t just hurt feelings and the defile the First Amendment. They have tangible, individual consequences. Preventing a legitimate major party candidate who is raising serious money in a winnable district from getting her message across in the monopolized main modern vehicles of doing so is malfeasance. Preventing thousands upon thousands of Americans who don’t fall into Jack Dorsey’s vision of things, whatever the hell that is, from getting up to the minute info and communications in times of crisis is…well…evil. Loomer, per usual, has a point.

Though I’m quite late to the party, I am enjoying Parler. It’s quite Right, as it were, and I’m not down with every opinion I come across there, but that’s really the point, isn’t it? I’ll tell you this–I see and hear of a lot more ugly and wrong on Twitter than I do on Parler. It’s not rote, it’s not boring, and I have a feeling that as long as they stay true to their founding values, some of which I outlined earlier, they’ll give the Thought Police and Chief Dorsey a real run for their money. I’ll take it!

Christian Josi is a leading communications advisor, author, and a veteran of center-right / libertarian politics and non-profit management.