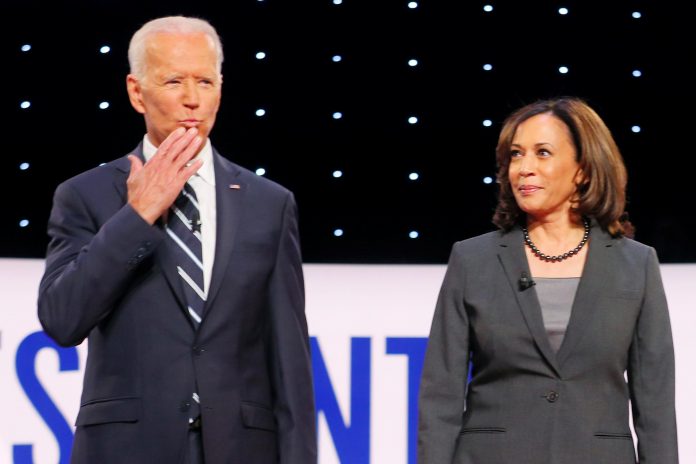 While Biden was the one who crafted the laws that fed the military industrial complex, Kamala Harris was one of the thousands of prosecutors across America who tried and convicted black and brown Americans.

As California Senator Kamala Harris started trending earlier today, this GP reporter was reminded of her history of terrorizing black communities in California during her time as the District Attorney of Alameda County and later as the Attorney General of California. The push from left-wing political operatives, commentators, activists and liberal intelligentsia have spent every moment since Bernie Sanders officially dropped out this morning crowing about how Harris would be “best” running mate for the ailing and demented Joe Biden.

In one sense they are right. Biden authored the 90’s era crime bill, known as the “Biden Crime Bill”, that destroyed the family unit in predominantly black and minority communities. It carried harsher punishments for crack cocaine than powder cocaine, a move that devastated black America. The Biden Crime Bill also introduced the concept of three-strike laws, earning two-time felons the rest of their life in prison if convicted of a third felony. This was equally as damaging to black Americans.

While Biden was the one who crafted the laws that fed the military industrial complex, Kamala Harris was one of the thousands of prosecutors across America who tried and convicted black and brown Americans. Afropunk Magazine described her time as a top cop in California honestly and without holding back in an article titled Kamala Harris Has Been Tough On Black People, Not Crime.

Kamala Harris has spent her career as the district attorney of Alameda County, San Francisco, and as the Attorney General aka The Top Cop of California.

As someone from the Bay Area and living in Oakland, I am constantly reminded of her history of locking up Black people in the Bay Area. Her track record consists of terrorizing Black communities through the prison industrial complex and she has consistently shown herself to be an enemy to the masses of Black people.

Biden created the framework to lock up black America and Kamala Harris implemented his wicked plan. Joe Biden and his son Hunter have a history of ignoring or targeting the black Americans past the legacy of the Biden Crime Bill. As we reported on TGP almost a year ago, the Bidens ignored a series of gruesome lynchings in Dover, Deleware that occurred in 2011 and 2012.

Given these facts about Biden and Harris, President Trump’s campaign would be wise to craft ads and messaging focused on informing all Americans, particularly black and brown Americans. Reminding everyone about the lowest black unemployment numbers ever under the Trump administration since that data was collected is factual and important. However, fear and hate remains a more powerful motivator than economic numbers, especially when trying to evangelize to a group of Americans who mostly still vote Democrat and might not have the highest opinion of Trump due to the non-stop fake news machine that works everyday to convince black America that President Trump not only hates them, but is a virulent racist.

A failure to highlight these disturbing facts, especially the mostly unknown Biden coverup of lynchings, is a failure of epic proportions for President Trump’s re-election campaign.