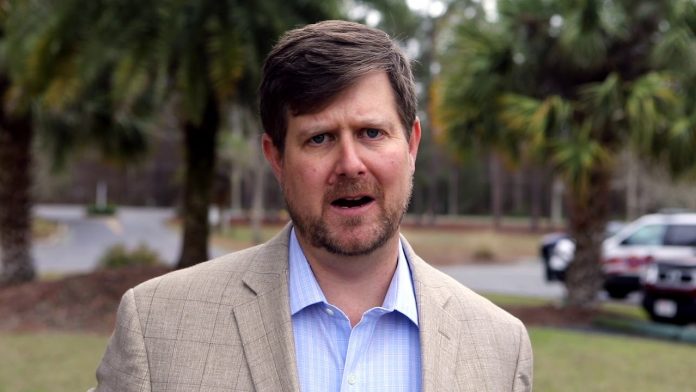 Far-left militant Gainesville Mayor Lauren Poe, who has continued to support and potentially coordinate with the designated domestic terrorist group, could soon be the focus of investigations by federal and state law enforcement.

Mayor Lauren Poe, who has defended and potentially provided assistance to the domestic terrorist group through his official role as Mayor, still refuses to acknowledge the dangers posed by the terrorist organization which has set the United States ablaze in a series of dangerous riots that have left dozens of people gravely injured and hundreds of businesses burnt to the ground.

On Sunday evening, Mayor Poe let the domestic terrorist organization vandalize a half-dozen police cars, control roadways and destroy a local auto repair store. According to our sources, the pro-domestic terrorist Mayor could soon be the subject of investigations into his ties to the organization from state and federal law enforcement agencies.

Calls to Mayor Poe’s office went unanswered Monday afternoon and it remains unclear if he is aware of the scope or stage of the investigations into his ties to the domestic terrorist group Antifa.

University of Florida graduate and State Representative Anthony Sabatini, who has been extremely critical of both Antifa and Poe in the past, said that Mayor Poe “should be investigated.”

“Antifa needs to be fully investigated for its role in the violent riots around the country — any elected officials that supports or potentially coordinates with Antifa should also be investigated.”

“I believe all of us are in agreement that Minneapolis Police Officer Derek Chauvin acted inappropriately. The officer has rightly been arrested and charged with murder. Protesting is legal and every American has a right to make their voice heard.  Violent riots are dangerous and harm innocent people – it is not acceptable behavior.  Theft, battery, and arson are crimes.  Criminal acts are being carried out during these riots, encouraged by extremists like ANTIFA.  President Trump is right to label ANTIFA a domestic terrorist organization. Democrat leaders should be condemning these violent acts and ANTIFA, not making excuses for them.”