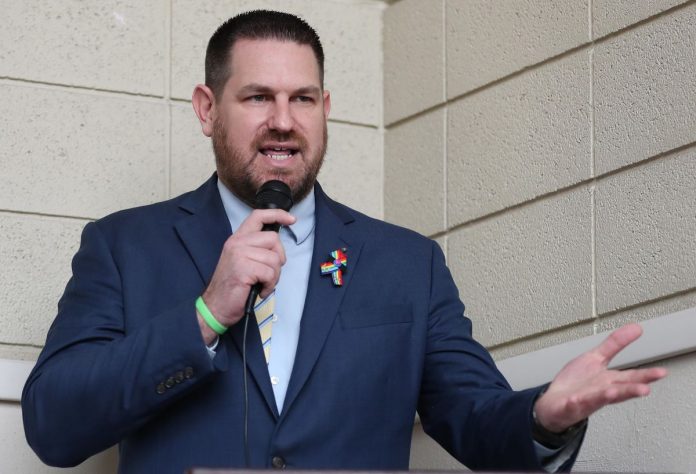 Wes Hodge, the Chairman of the Democrat Party of Orange County, advocated for violence and civil unrest of America amid the COVID-19 pandemic, encouraging people to destroy businesses or residential homes.

Antifa and Black Lives Matter have continued to loot, riot, and murder following the tragic death of George Floyd. Their mission is to demand the abolition of law enforcement and a mob state ruled by  domestic terrorists like Antifa. However, Orange County Democrat Chairman Wes Hodge has promoted violence and looting. In a post on Facebook, Wes Hodge promoted the use of violent and animal like behavior.

The CFP has learned that Hodge has been allegedly coordinating with local Antifa cells, and actively supports domestic terrorist activity, saying that he hopes for “broken glass” according to a Facebook post.

The local Republican Party is not putting up with Hodges’ call for domestic terrorism, and Orange County Executive Director Joel Hawksley says that Hodge is promoting suffering and vigilantism across America.

“The Democrat Party doesn’t care about us, if their leader wants to inflict damage to private property and possible harm to people who are already suffering with high unemployment, unreasonable government intrusion and economic uncertainty. This is the same leader that wants to disarm you, shutter the police department and now promote vigilantly justice on law abiding citizens. Did Wes Hodge hold Chief Val Demings and John Mina’s Orlando Police Department accountable against police brutality?”

Randy Ross, a local Trump and member of the LGBT community was also outraged.

“I find it very discouraging that a fellow member of the LGBTQ community would suggest violence as a resolve. The gay community is often encouraged to fight hate with love especially following Pulse… shattering glass with bricks is not going to bring Mr. Floyd back and it’s certainly NOT love. It won’t move the discussion forward at all. What we’re witnessing are steps back… I shouldn’t be rethinking my walks and routes with my dog right now.

The bottom line, leaders have a responsibility to lead by example and that doesn’t mean encouraging hate to garner attention for any cause. This is a sad time for America. We’re so much better than this.”

We have also learned that Wes Hodge, the Democrat leader of Orange County has notified police about this journalists’ efforts to obtain comment from him about his relationship with domestic terrorists.

“I find it quite troubling that a political leader would condone such violence. And I am extremely disturbed by the fact that the Orange County Democrat leader has targeted a journalist and is using our limited law enforcement resources to silence the press.”