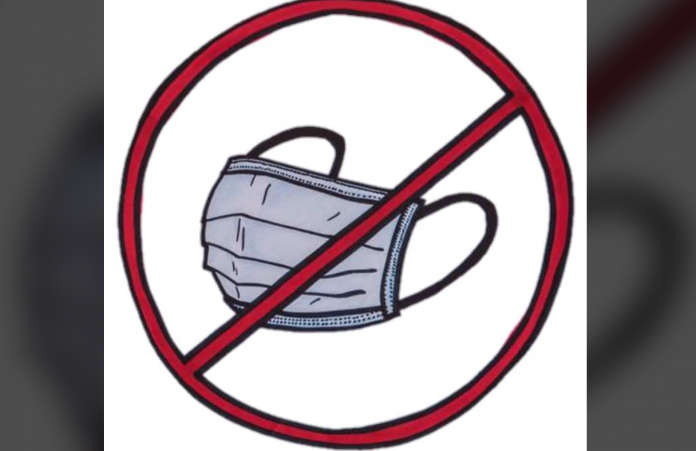 According to a Facebook event page, Seminole County residents plan to protest the Seminole County Commission’s decision to mandate citizens be required to wear masks in public starting on Wednesday July 1st.

Following a decision by Seminole County to mandate its citizens to wear masks in any public space effective July 1st, a group of residents plan to protest this decision and hold a peaceful gathering in Downtown Sanford from 4-6pm.

Purpose: We want to hear from our elected local officials that represent our communities. They’ve allowed a non-elected official with no medical degree, Alan Harris, to issue an executive order mandating face masks in public. When will our elected officials stand up for small businesses and a suffering local economy???

BRING SIGNS! NO MASKS! Let’s speak up for the entire County and stand up for our Constitutional Rights!!! Enough is enough.

We will meet at Hollerbach’s at 4PM and begin marching at 4:15PM. Hope to see you there!

Organizers told the Central Florida Post that they expect a sizeable gathering and are interested to see how their peaceful assembly is treated. Will they be given a large police presence and the ability to shut down the roadways as radical Black Lives Matter protesters have been allowed to do so in Downtown Sanford as they shout “BLACK POWER” at innocent people enjoying a nice walk or meal.

While we remain hopeful that they are treated equally, as is required under the law, the Sanford Police Chief has appeared alongside Black Lives Matter activists amid chants of “BLACK POWER”, along with interim Mayor Art Woodruf.

Just yesterday all but one Sanford City Commissioner voted to instal radical Black Lives Matter activist Sheena Rena Britton to fill a vacancy in the Commission’s 1st District. They even allowed Britton to go over her interview time and play a propaganda film before her initial statement, something none of the other four applicants were allowed to do.

Supporters of Britton spent the days leading up to the appointment attacking this publication and myself with vile death threats and claims that we are white supremacists for opposing her appointment, leading to a group of leftwing skinheads harassing this journalist outside the meeting and threatening to assault myself and Perssimon Herald publisher Tyler Ziolkowski.

“They were violent and out-of-control. Honestly, they appeared to be on some sort of illegal substance and were exhibiting symptoms of someone you’d expect to be locked up in a mental institution,” said Ziolkowski.

State Representative Anthony Sabatini, who is currently suing Seminole County over the mask mandate, told the Central Florida Post that he thought it was great to see citizens reasserting their rights.

“Great to see citizens standing up to reassert their rights against the power-grabs of local-government politicians.”

“With the recent assault on a citizen journalist in Sanford, it’s more important than ever that the people make their voices heard against governments that have given up on keeping the public peace and protecting individual rights.”