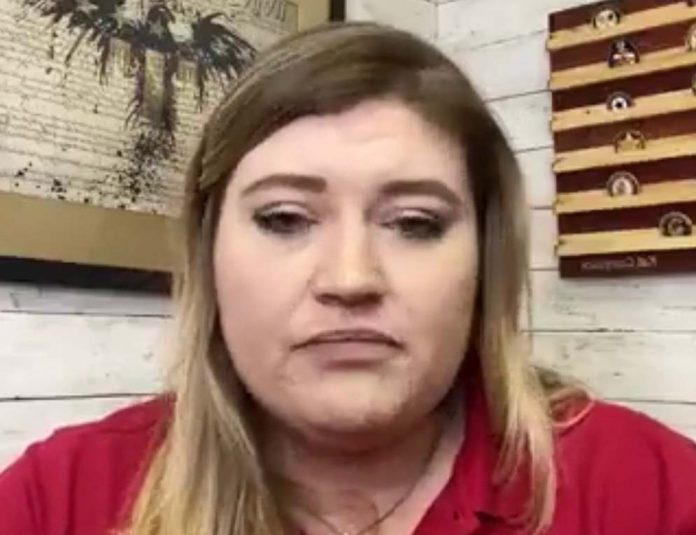 The former staffer for Congressman Ted Yoho continues to falter, with her campaign continuing to redefine rockbottom.

Tall tales in politics are not unusual. People embellish and inflate their roles or importance all the time. However, Kat Cammack has taken this art form to a whole new level. Not only has she continued to overstate her role in Congressman Ted Yoho’s office, where she was demoted from Chief of Staff to Deputy Chief of Staff (and sent from DC back home to Florida’s 3rd congressional district), but an investigation by the Central Florida Post has uncovered a litany of unethical, immoral, and potentially illegal behavior exhibited by Cammack on the taxpayer dime.

Following a Zoom fundraising call hosted by Gavin Rollins, one of Cammack’s competitors in the August 18th GOP primary in Florida’s 3rd district, we became concerned after hearing several statements made by Congressman Yoho’s son and others present on the call who said that Cammack “needed to be investigated.”

Tyler Yoho stated that she has always put ambition over integrity and that she possessed not a single quality that would allow her to be compared to his father. Another participant, Sarah Long, who is a UF student that is involved with Young Americans For Freedom, served as an intern in Yoho’s office. She stated that based on what she saw during her time in that office, Cammack should be investigated, at which point Tyler Yoho nods in agreement.

Prior to this call, Cammack had been falsely implying to donors that Congressman Yoho was supporting her campaign and that a public endorsement was imminent, a blatant lie according to Congressman Yoho who took to social media to dispel said rumors about his supporting a certain candidate and Cammack’s history with his office.

I would like to reiterate and emphasize my previous statement: I am not now nor have I ever endorsed any candidate in this race, neither officially/unofficially nor “behind the scenes”. If you are hearing anything to the contrary from any candidate or their team, it is FAKE NEWS.

There are numerous qualified candidates in this race and I encourage you to check them out individually and support the one who most represents your values, ideals and what you are looking for in a representative.

Yoho continued in a separate social media post, revealing that Ms. Cammack was demoted for “reasons that shall not be discussed.”

My response in regard to my son Tyler Yoho’s statement that Kat Cammack was “fired, replaced, reassigned or whatever you want to call it.”

In 2013 Kat Cammack was demoted from Chief of Staff in my Washington, DC office to Deputy Chief of staff and reassigned to the district in Florida for reasons not to be disclosed, but not for the sole purpose of working on my re-election campaign as has been alluded to.

She continued to work for our office in a satisfactory manner until she decided to run for Congress herself. No further comments are warranted.

Speaking on background for fear of retribution, several former staffers or interns with Congressman Yoho’s office told the Central Florida Post a series of disturbing stories that lead us to believe Ms. Cammack has neither the self-control of integrity to wield the vast power of holding public office.

Her subordinates described her as petty, vindictive, powerdrunk and unqualified or unprepared to serve as Chief of Staff or Deputy Chief of Staff.

“Quite frankly, some of our interns had more knowledge of the legislative process and a much better temperament.”

In one instance, Cammack had a meltdown because some staff and interns had previous social or professional relationships with members of congress.

“You are not allowed to be their friends anymore. I am the one who interacts with other members. I don’t care if you are getting a beer after work or plan to eat lunch with them on your break, you will need my permission to do so.”

Her former co-workers said she made them feel uncomfortable and that her body language during these conversations was aggressive, bordering on physical contact at some moments.

When one of our sources left Yoho’s office for another job, Cammack sent Capitol Police to intimidate the former staffer at their new job, a gross abuse of power.

And quite possibly the worse and most despicable act? Cammack ridiculed and issued a poor performance review to an employee of Yoho’s office who was terminally ill. Caring little for the fact that some benchmarks were not met due to the individuals medical treatment plan, Cammack used their illness as a way to punish the staffer who had crossed her at a meeting months prior.

If that doesn’t turn your stomach, we can’t imagine what will. People like Cammack are petty in ways big and small. She even uses interns for a “midnight ninja” campaign, where she orders them to engage in illegal acts, including stealing or destroying opponents campaign signs, according to several former interns.

Why should anyone believe she is a credible and capable candidate for public office?