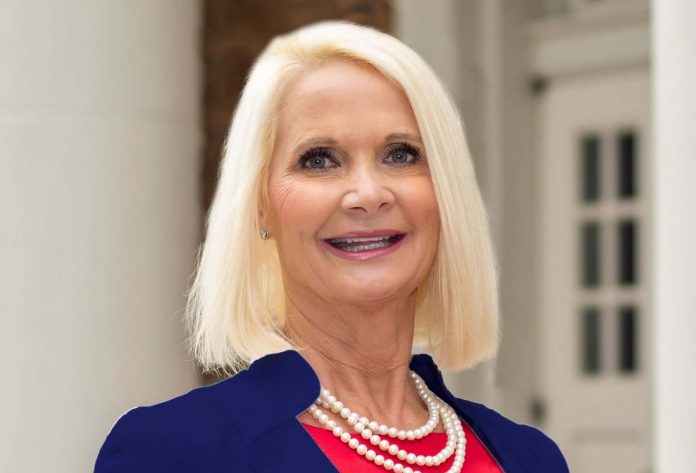 Democrat Kathy Castor, the heir to the Castor political dynasty in Florida, will face a successful entrepreneur in the 2020 elections according to a release received by CFP. Castor’s mother Betty Castor, served as Florida’s Education Commissioner, as a Tampa-area County Commissioner, and President of the University of South Florida. Kathy Castor’s sister served in the State House and now as a School Board member in Seminole County.

As far as political dynasty’s go in Florida, the Castors have been around for decades and have consistently pushed the once deep red Tampa Bay area to the left.

Christine Quinn, (pictured) one of two Republicans who made the ballot for 2020, said that in her nearly 14 years in DC, Castor has collected over $2,000,000.00 in salary and has only sponsored two bills which have become law. Nancy Pelosi even appointed her as the head of a resurrected “climate change” panel that has pushed harmful ideas rooted in junk science.

“As a Businesswoman I expect members of Congress to get to work solving our nation’s problems.  Americans deserve leaders willing to step up and fight for them, not special interest groups,” said Quinn.

Quinn’s small business, My Family’s Seasonings, has grown rapidly since its founding in 2005, and can now be found in major retail grocery stores around the world. She faced Castor in 2016, garnering nearly 40% of the vote, one of the best showings ever recorded in the Tampa Bay area based congressional seat.

Quinn told CFP that Castor’s post 2016 support for policies, encouraging benefits and trade openings that would assist Cuba’s brutal dictatorship, coupled with Castor’s “abhorrent” decision to vote for the impeachment of Donald Trump, provide her better footing in this cycle.

“Perhaps instead of Castor sympathizing with dictators in Cuba, she should focus on the need of her constituents. In these trying times, we need to support President Trump so that he can get America through this pandemic and restore the historic economic boom brought to us by his America First policies.”