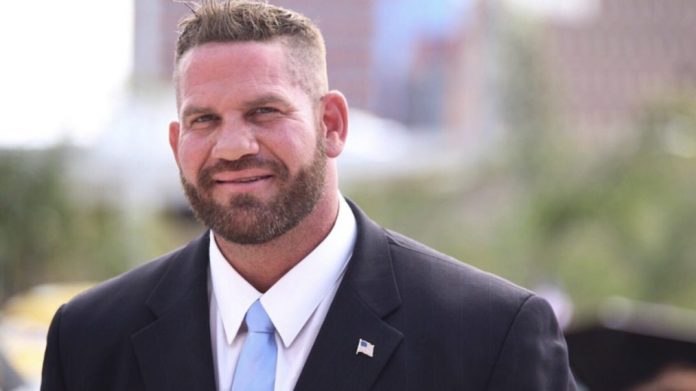 Former professional wrestler Matt Morgan, who won an upset victory to the Longwood City Commission in 2017, would be a breath of fresh air on the Seminole County Commission.

When Matt Morgan ran for office in 2017, he ran a grassroots campaign against an incumbent and a faced a flurry of attacks from special interest groups from across the state of Florida.

Now, as he vies to take out career politician Bob Dallari, who has held elected office for a while, the powers-that-be are again trying to stop Morgan from snatching power from special interests and giving it back to the people as he did in Longwood just a few years ago.

Shortly after getting elected, Morgan was made Mayor of Longwood, where he delivered on campaign promises. He refocused city funds on rebuilding the police and fire departments, found innovative ways to save taxpayer money and all the little things that make a city great. He’s even helped Longwood become a sanctuary for Monarch Butterflies.

As voters get attack ads from Dallari’s campaign and his special interest buddies slamming Morgan, they would be wise to remember that the 7-foot tall wrestler turned elected official has stood tall for smaller government and innovative ideas that make our lives easier.

Remember, Dallari cost the Seminole County taxpayers nearly $20,000 in legal fees related to a lawsuit from a male subordinate who accused Dallari of sexual misconduct.

As we continue to see our nation and community divided by special interests and partisan politicking, leaders like Matt Morgan have the courage and energy to wade through the mud and drain our local swamp.

On August 18th, throw out Bob Dallari and send a fighter like Matt Morgan to the Seminole County Commission. It’s about damn time Seminole County has some fresh ideas, driven by citizen leaders like Morgan, not special interest charlatans like Bob Dallari.

Primary elections are set for August 18th… GET OUT AND VOTE.