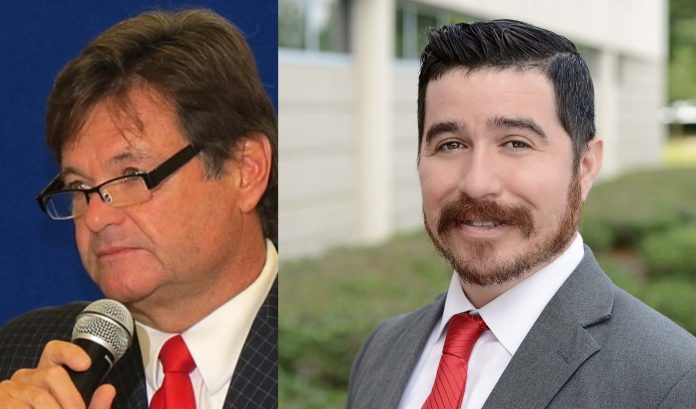 As the Republican Party continues to grow under President Trump’s leadership, it’s time for a new generation of leaders to take the helm.

Former Longwood Mayor Ben Paris will be on the ballot for Seminole County voters in the upcoming primary elections, where he is facing off against career politician and party boy Lee Constantine, who has been in elected office for nearly four decades.

Paris, who worked his way up from changing trash bags and laying water pipes as an employee for the City Longwood, eventually was elected to the City Commission and became Mayor, at just 31 years old. Under his tenure, he improved city services and maintained a hard-line against tax increases and repeated attempts to expand the power of local government in ways that would have harmed the residents of Longwood.

In his decades long run in elected office, he has increased taxes on Floridians by a whopping $2billion! Constantine has also consistently thwarted efforts to rightsize government, both in the state capitol and on the Seminole County Commission. He’s even attacked President Trump, parroting deranged Democrat talking points, sounding more like a Pelosi Democrat than a Trump Republican.

And when you get into his personal life, it’s even worse. He’s been arrested for multiple DUI’s, is known as a party boy. And just last year, he skipped town after it was revealed he was using his charity to prey on college girls. A 19-year old UCF student said she was sexually harassed by Constantine on several occasions. The same charity that he uses to prey on young women is also abused by Constantine, who has been accused of running it like the Clinton Foundation, treating it as his own personal slush fund.

I know it can be hard to accept change and especially when voters have seen Constantine on the ballots for decades. But hasn’t he had his shot? Career politicians always need “one more term” to sculpt their legacies and feed their egos. Lee Constantine has needed “one more term” for 40 YEARS.

You might not know Ben Paris, but his record in elected office and in the community showcases how he has maintained a close personal bond with the people he represents and has not allowed politics or power corrupt himself professionally or personally.

Primary elections are set for August 18th… GET OUT AND VOTE.