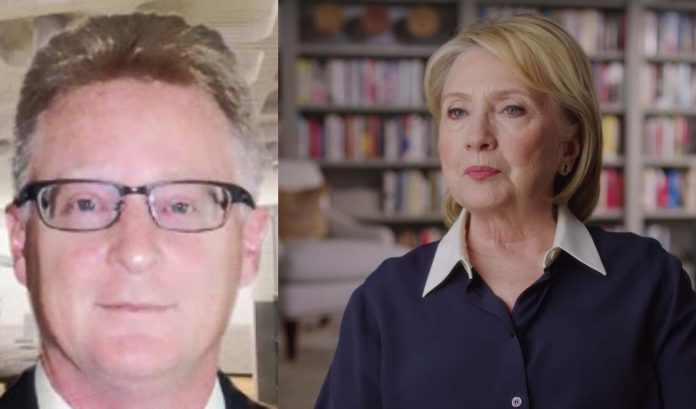 Last week, we exposed how Collier County GOP Chairman Russell Tuff was violating his loyalty oath and ethical guidelines by acting as a consultant for candidates running in Republican primary elections, a clear violation of party rules and moral decency.

The Clintonesque corruption of a GOP leader in Southwest Florida turned heads last week after we published a report showing he made nearly $100,000 from working as a communications and media consultant for several candidates and a political committee during this past primary election cycle. Tuff’s company, Social-Impact, LLC accepted all the payments from candidates and we have not found any direct payments to Tuff from candidates at this time. He is the sole officer of the LLC, according to public records.

As the Chairman of the Collier County Republican Executive Committee, Tuff has routinely abused his position as Chairman to snag political work for a host of candidates for public office running against elected Republicans, a direct violation of the Republican Party Loyalty Oath.

In response to being exposed, Tuff claimed that this publication was yellow journalism and the charges levied against him were fabricated. However, he provided no evidence for these allegations and we relied on publicly available campaign finance reports to source our information. He claimed that we are a discredited news outlet and are working to divide Trump supporters ahead of the 2020 election.

Our readers know this to be far from the truth. For nearly a decade, we have exposed corrupt government officials, Republicans and Democrats. We have been threatened by George Soros for our coverage detailing how he finances state attorney candidates who are anti-police and pro-criminal.

Big League Politics credited our Truth Tour in 2018 with stopping Andrew Gillum from being elected Governor, including our weeks-long protests and coverage outside of the Broward County Supervisor of Elections. As a result of our truth telling, Central Florida Post and this journalist have been banned from Facebook, Twitter, Instagram, Paypal and more.

Enough about that, but the proof is in the pudding… Central Florida Post has helped advance the cause of liberty and freedom on a scale that Mr. Tuff could only dream of.

As for Russell Tuff? What was he doing in 2016? He was accepting payments from Collier County’s highest-ranking elected Democrat, Steve Hemping, a man who led Clinton campaign efforts to erode Collier County’s status as a staunchly conservative stronghold.

Just days before the election, Tuff’s firm accepted $500 to assist Hemping’s campaign for Fire Commissioner. This was after Hemping made the following statements to the Naples Daily News.

“I was the Democratic chair in 2008 during Obama and that’s when the Democratic Party and the campaign realized that even in blood-red Collier and Lee, every vote matters…The Clinton campaign is building on that.”

While $500 is not a lot of money, how many tried and true Republicans that were at that time working to elect President Trump, would not only take money from a Clinton ally and in turn provide consulting services to bolster the Democrat turnout in Collier County? For Tuff to question Central Florida Post’s commitment to America First or ethical reporting is laughable, given this latest revelation.

During the most recent Collier GOP Zoom meeting, Tuff enlisted other board members to defend his grifting, claiming he donated his services to build their website, which could normally cost thousands of dollars. They claimed his volunteer service as Chairman excused using his position to make nearly $100,000. Are they serious? Of course, Tuff would be happy to do a website for free after earning a hefty payday.

There are also concerns among GOP activists that Tuff did not properly spend funds he received from candidates, who all faced blustering defeats in the August primary elections. The fact that Citizens Who Love Naples, a committee that paid Tuff’s firm more than $75,000, only raised just over $76,000 is also concerning.

Furthermore, we have discovered that his Social-Impact, LLC got $16,500 from Collier Firefighters & Paramedics electioneering committee, which raised only $19,000. The payment was for direct mail and those mailers were trained on several GOP elected officials, yet another violation of the GOP loyalty oath Tuff has signed.

This is America and we are capitalists. Mr. Tuff making money is not our issue. Using his position and power as Collier County GOP Chairman, Tuff has unethically and immorally made over $100,000

If that kind of behavior does not remind you of the Clinton Crime Family, who sold their power as elected officials and state officials, you might want to refresh your memory.