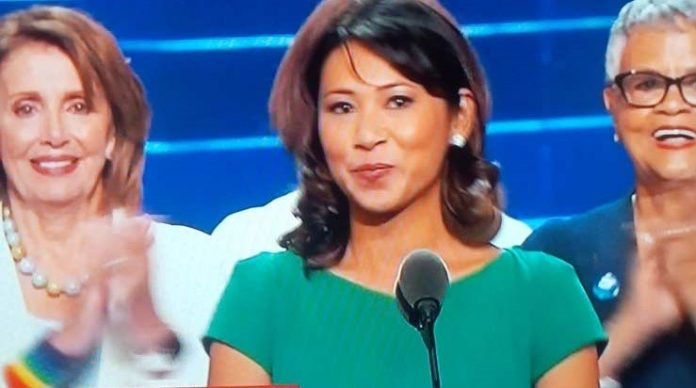 The curse of Stephanie Murphy might soon extend to the U.S. Senate

With a lot of buzz surrounding the idea that Ivanka Trump or even longtime political operative Roger Stone considering primary challenges to sitting United States Senator Marco Rubio in the past few days, the real fight will be in the general election, no matter who makes it out of the GOP Senate primary in the summer of 2022.

Florida Democrats had held on to one of Florida’s United States Senate seats for decades with moderate Bill Nelson, who former Florida Governor Rick Scott defeated in 2018 after serving two-terms as Governor of Florida. Scott has gone on to be a reliably pro-Trump United States Senator and was most recently selected as the Chairman of the National Republican Senatorial Committee, on the heels of the all important must-win Georgia United States Senate special elections which are set to be held on January 5th and could tip the senate majority to the Democrats, which would give them control of our government if Joe Biden maintains his electoral college lead over President Trump (which we think is fraudulent and should be overturned).

Many commentators have lost sight of the most interesting and quite frankly frightening storyline of the 2022 United States Senate fight in Florida. What is that storyline you may ask?

As I exposed in my book “Saigon Stephanie Murphy – The Truth About America’s Moderate”, Murphy and her family’s mysterious arrival in the United States showcases how she was likely sent by Communist elements in her native Vietnam and managed by globalist deep state actors within our government. She went to school and worked at several companies with close ties to the CIA and military industrial complex.

This journalist has spent years uncovering Murphy’s communist roots and the fact that she and her husband’s sportswear company has deep ties to the Chinese Communist Party. The company, which manufactures nearly 100% of its products in CCP controlled factories in China, should make Floridians and Americans very nervous when it comes to the idea of Congresswoman Murphy being elected to the United States Senate.

From the start of this pandemic, she has actually argued to punish President Trump and reward China with a removal of tariffs after they unleashed the Chinavirus on an unsuspecting world. Murphy and her husband’s company would benefit financially from such a move and we are all wondering how many intelligence secrets are being swapped during pillow talk that have trickled back to her husband’s handlers in the Chinese Communist Party.

Murphy has also openly advocated for open borders, secured additional funding for future studies on gun violence that ultimately lead to more gun control and out of bounds “red flag laws”. She has consistently sided with big-tech companies to censor any thought or speech to the right of Karl Marx, ushering in an era of a social credit system much like the one we see in China, where you simply cannot exist without toeing the party line.

She has taken millions in special interest money and is secretly funded by her father-in-law, who owns one of the nation’s largest for profit universities, which has often been called a fraud and relies primarily on federally backed student loans to survive.

He lends her his private jet whenever she wants, contributions she is legally required to report but never has.

However, given all of these red-flags and her near 100% voting record with Nancy Pelosi, Murphy has serves as the Chair of the House Blue Dog Caucus, a group of Democrat legislators who claim to come from the more moderate wing of the Democrat Party. This has always been a charade and smoke screen that allows Murphy to return home to her district every two years and scam voters into thinking she holds both conservative and moderate ideals, which she uses as a selling point to convince older independent voters into supporting her.

That is why she is such a threat electorally in the state of Florida, especially given the fact that former Democrat Senator Bill Nelson, who held one of Florida’s two United States Senate seats for decades, did the same exact thing and kept on winning. He was in bed with special interests, he played moderate at home and voted far-left in D.C.

Murphy has the ability to raise the money, in fact she has already been raking in tens of thousands of dollars into her congressional campaign account attacking Marco Rubio. She has stepped up her email fundraising solicitations and the rhetoric has gotten extremely partisan. Past that, she has a rich father-in-law who funded Obama and Romney to the tune of millions (if not more), and he would love nothing more than to see his precious daughter-in-law in the United States Senate to protect for-profit universities like his.

The 2022 United States Senate primary isn’t about the GOP primary. It’s about if we as conservatives can speak loudly enough against Congresswoman Murphy, so much so, that she decides a safe congressional seat is more profitable for her families business interests than taking a chance at the United States Senate.