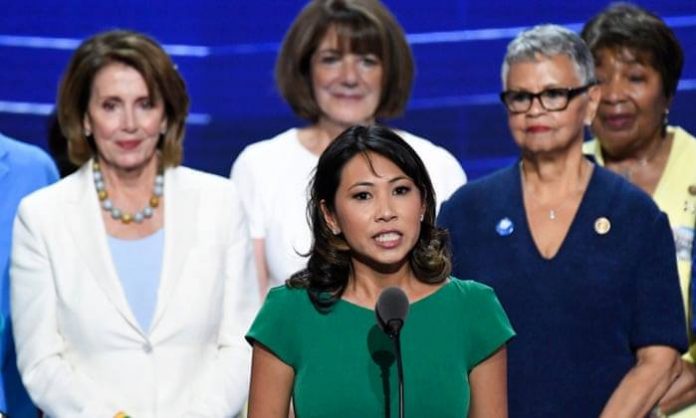 Central Florida Congresswoman Stephanie Murphy, who has business ties to the Chinese Communist Party and actually advocated to reward China after they unleashed the COVID-19 pandemic on the planet, has begun publicly advocating for a congressional commission to investigate anyone who went to DC for a series of rallies highlighting the election irregularities and fraud.

This journalist has covered Murphy for years as she has proclaimed herself as a “moderate” middle-of-the-road Democrat to her constituents in email blasts and in-district visits in the lead up to her re-election campaigns. However, this was always far from the truth. Congresswoman Murphy, despite being the leader of the once moderate House Blue Dog Caucus, has always voted with the radical agenda put forward by House Speaker Nancy Pelosi.

She has long advocated for more studies into “gun-violence” that is used to erode American’s constitutionally protected 2nd amendment rights. She has openly advocated open-border policies and has repeatedly snapped at constituents who challenge her pro-illegal stance, even storming out of in-person town hall meetings when they don’t bend to her will.

Murphy even once claimed this journalist was an “active security threat” against her for simply publishing critical news reports and livestreams highlighting her hypocrisy.

During the beginning of the pandemic, Murphy actually joined a small group of Democrats in calling to remove tariffs on the Chinese government, a literal cash windfall to the nation that sprung the COVID-19 virus upon the world.

Her public reasoning for this never really made sense, but her personal reasons were quite clear. Murphy’s husband owns a sportswear company that produces nearly 100% of its products in China, where he has a close working relationship with CCP officials.

Now, according to Florida Politics, Murphy wants to create a congressional commission to investigate anyone who went to Washington DC for a series of rallies in early January, not just those involved in the protest on the capitol grounds.

She wants this to be an “independent commission”, but how can it truly be independent and fair? Murphy and her Democrat collegaues defended and encouraged the violent anarchist domestic terrorist activity from Antifa and Black Lives Matter over the past year. Federal buildings burned, nearly 50 killed… all encouraged and supported by the highest levels of the media and Democrat Party.

It is clear that this will serve as just another witch-hunt meant to create a database of Trump supporters and mechanism to harass them for daring to stand against the Chinese Communist Party’s favored presidential candidate Joe Biden.

The CCP seems to be getting a solid ROI with Murphy and Republicans are just sitting around allowing this suspected CCP asset to have access to high-level security clearances and congressional subpoena power.