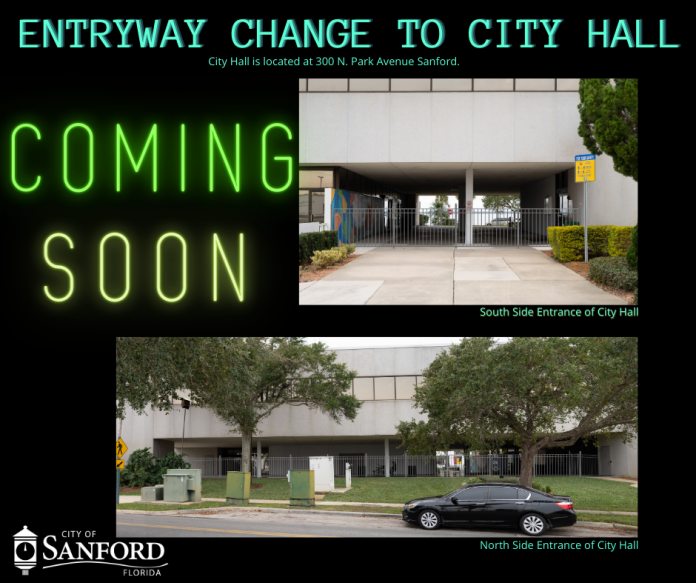 According to the CEO of Engineered Tax Services, one of the nation’s largest accounting and finance firms, it was both “illegal” and “criminal” for the City of Sanford to spend $27,000 of CARES Act funds on iron barriers outside of City Hall.

A records request and investigation by the Central Florida Post has determined that the City of Sanford acted in an illegal and criminal matter by using CARES Act funds obtained by Seminole County to erect an iron barrier around City Hall.

City Clerk Taci Houchin told us that $26, 441.43 of pandemic assistance funds meant to help local communities and businesses in need was in fact used for a meaningless iron barrier around City Hall. As many residents and small business owners struggle to stay alive and stay afloat, City Hall saw it fit to splurge on steel barriers that they claim will “slow the spread of COVID-19.” To say we at the Central Florida Post are enraged and angered for the residents of Sanford is an understatement.

Julio Gonzalez says that the actions go far past anger and rage at City Officials, he says that it is criminal. Gonalez is the author of several books on the use of pandemic relief funds. He is also a board member of the Forbes Finance Council, Heritage Foundation and Turning Point USA.

“This is fraudulent. The funds to the state were not approved for these types of matters. This money was supposed to be the safety net for Americans and small businesses to help them survive during this unprecedented time.”

To think that meaningless steel barriers were given priority over Sanford residents by our elected leaders is outrageous. To say we are owed an explanation and lawful swift punishment of these elected officials is an understatement. However it should not be surprising, since the City Council in Sanford just this week approved the use of $185,000 in general funds to redecorate City Hall by recarpeting perfectly fine carpet, which we are in the process of investigating.

We will have more on that this week.