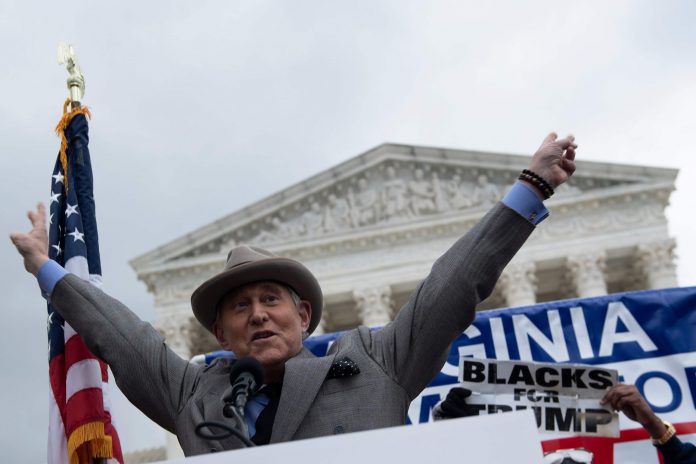 The longtime Trump advisor and confidante will be the special guest during a Friday night reception to kick off the annual MAGA Fest at 5PM. Location is provided upon ticket purchase for the safety of attendees.

America First activists are planning a weekend of pro-Trump festivities in the port city of Tampa, Florida this weekend according to a release received by the Central Florida Post. Billed as the “Trumparilla MAGA Fest 2021”, attendees will get to enjoy everything from a boat parade to a party on an a private island.

Stone will do a book signing at 5PM, location is provided to attendees after they purchase a ticket. The proceeds will benefit the Stone Family Support Fund, to help the Stone family recover from the concerted effort by Mueller’s Dirty Cops to destroy Stone personally, insuring that he could not afford legal counsel in order to pressure Roger Stone to ‘flip” and testify falsely against the President. Roger Stone refused, but now the Stone’s need our help.

“It’s always nice to visit such a dedicated group of patriots in the Tampa area. We always have a full house and amazing fellowship. President Trump showed tremendous courage in issuing me a complete and unconditional presidential pardon, however, the Deep State and Fake News media continue to smear me on a daily basis. I will not back down from this fight. We must protect President Trump’s legacy of accomplishments and save this nation from becoming a socialist hellhole,” Stone told the Central Florida Post.

The Friday night pub crawl will be followed by a boat parade that will end at an island off Tampa’s Bay Area on Saturday. Conservative Grounds, a conservative coffee shop and MAGA hangout will make the conclusion of the festivities with MAGA fest on Sunday from 12-8PM in Largo, Florida.

You can purchase tickets and learn more about the event by clicking here.