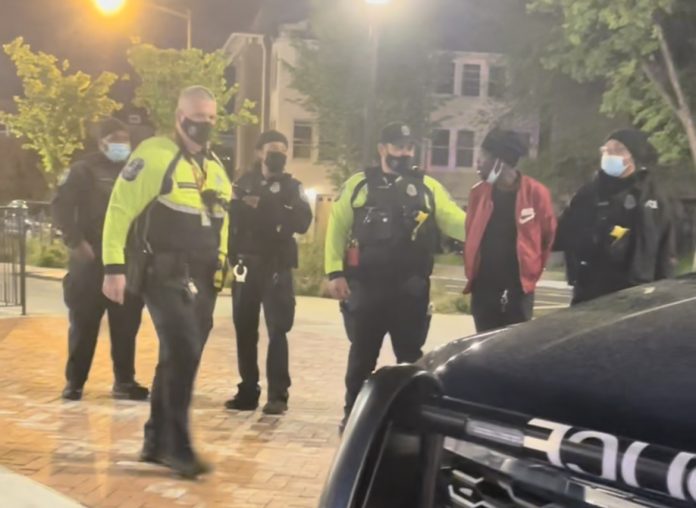 Several weeks ago, just days after the racially motivated BLM demonstrations perpetrated across America before and after the verdict in the trial of Derek Chauvin, a conservative journalist protected an Hispanic female from being sexually assaulted.

Mark Anthony, The host of the Patriot and The Preacher Show, was riding from Virginia to DC to meet a friend for dinner. This was when he was accosted by a African American passenger for money. Anthony refused and moved on.

Following the refusal to cough up cash, the derelict metro rider began accusing Anthony of being racist.Then, the individual began targeting an older Hispanic female for cash, who also refused to fork over greenbacks.
Anthony has interviewed the likes of President Donald Trump, Roger Stone, Franklin Graham and Ben Carson during his time as a journalist, not to mention dozens of other high-profile figures. At this point, the aggressor, according to testimony given to police, began demanding sexual acts from the female passenger.

“Suck my balls! Suck my balls! He kept demanding these lewd sexual acts. At the request of the female passenger, I sat next to her until we were able to exit the train and alert law enforcement. You don’t speak to any women that way. I kept thinking about if that was my Mother. We are all having a tough time amid the pandemic, but this is a gross display of depravity.”

After accosting the Hispanice female passenger, Anthony agreed to escort her off the train at her scheduled stop. When trying to exit, the assailant attempted to prevent the doors from opening, screaming “I will kill you whitey,” according to Anthony.

Thankfully, law enforcement intervened after taking testimony from witnesses and detained the suspect, which was caught on video. Transit police executed the arrest in a peaceful and lawful manner.

Documents reviewed by CFP, the aggressor was issued a stay-away order by the Superior Court of the District of Columbia.

Demanding lewd sex acts and intimidating passengers on public transit based on their racial makeup is unacceptable and untoward.

According to Anthony, law enforcement has told him that the African-American passenger went before a judge and will be charged with two-counts of making death threats, with a hate crime enhancement.

Mr. Anthony recently discussed the hate crime committed against him in an op-ed with BizPacReview.