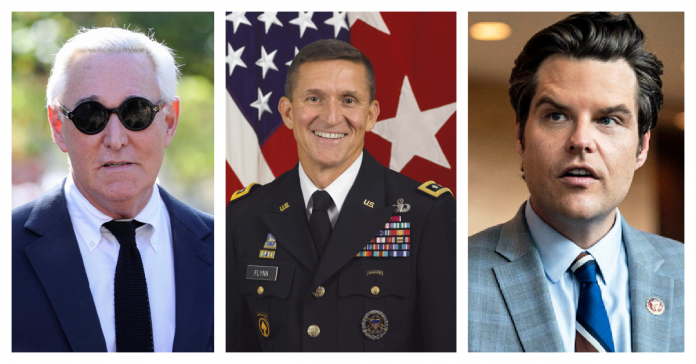 The Sunshine State is set to host a massive gathering of Trump supporters and America First activists this October from the 7th to the 10th, according to a release from the people behind the American Priority Conference.

For the fourth year in a row, they are hosting their annual #AMPFest at Trump National Doral in Miami, Florida. This year’s theme is “American Revival” and they have already secured over a dozen prominent influencers in the MAGA movement.

Lt. General Michael Flynn and Roger Stone, both who were victims of the politically motivated Mueller witch-hunt who ultimately received a pardon by President Donald Trump, will headline the four-day conference.

Roger Stone will host an intimate gathering of just 20 people according to the release, with tickets going for $1,000 a piece, where Stone will teach guests how to make the iconic “Silver Bullet” martini with the recipe that his former boss President Richard Nixon gave him.

The organizers are running a 4th of July FLASH SALE, giving attendees 50% OFF tickets purchased by July 7th. Code FLASH is valid for the Patriot, General Admission and Student ticket packages.