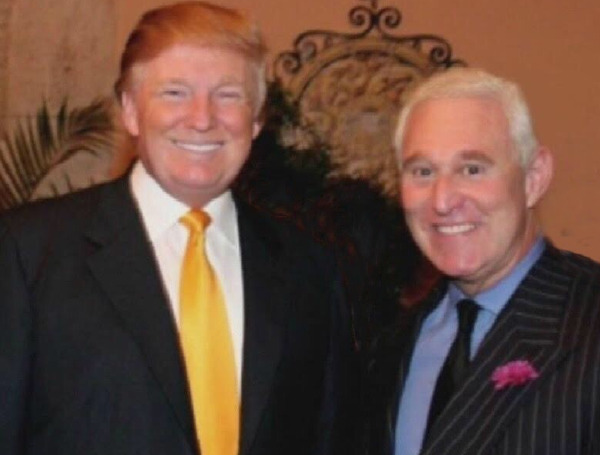 I noticed this morning that former President Donald Trump, a friend and client of mine for some 40 years, has endorsed Anna Paulina Luna for Congress for the seat vacated by former Governor Charlie Crist so he can run for Governor.

It’s an odd choice particularly since ‘Luna” as she now calls herself did not run a particularly strong race, losing badly by 30,000 votes, running 5 points behind Trump who only lost the district by 1 % while Luna lost by 6%.

As someone who has great loyalty and affection for the President and both knows and understands him and also has a keen understanding of the dynamics surrounding the process in which these endorsement decisions are made, I can now confidently predict that the President will ultimately withdraw his endorsement long before the Republican Congressional Primary next year. I really doubt that the President has any understanding of Anna Meyerhoffer, the California Democrat who supported Barrack Obama while living in California (where she listed ethnicity on her driver’s license as ‘Caucasian” rather than Hispanic.

There is surely no way President Trump, my friend of 40 years, is aware of her abuse of the Judicial System and her (Luna) habitual filing of restraining orders against her political opponents or anyone who gets in her ambitious way. she filed a restraining order against a member of her own family when he had the audacity to come forward and point out that her entire biography is a fraud.

Luna also filed a restraining order against a woman in Fort Walton Beach which just happens to be in Matt Gaetz district -when Luna was working at a Gentleman’s club as a dancer. Luna’s denial that she was a dancer and her insistence she was a cocktail waitress is debunked in sworn affidavits from the club owner and two employees. Dancer. Stripper. Read ” Stone’s Rules. No amount of cash to Peter Scorsch Is going to change the facts.

Let me state up front that I have no professional involvement in this congressional race; Matt Tito A US Marine combat veteran who is going to make a bid for the congressional nomination is a friend of mine. Unlike Luna who was never deployed outside the country during her time in the Air Force and never saw combat. Matt Tito is a genuine American hero. Matt came to my attention when he made a valiant bid for a Florida State House in an overwhelmingly Democrat district and ran 18 % ahead of the President in 2020.

When I was in Tampa, Tito posted a picture of us together on INSTAGRAM. Suddenly my e-mail box blew up with anonymous e-mails attacking Matt Tito, accusing him of a host of unsubstantiated crimes and misdeeds – none of which were accurate or true. Only weeks later an Editor at El American asked me if I would write an OP-ED for July 4th.

When my piece was posted I learned that “Luna”, who has some affiliation with El American, demanded the editors take my piece down because I  “tried to poison her.”

I have never met this woman but her nutty claim forced me to dig into who she really is. By the way, I have two sworn affidavits from people working for El American as to this exact course of events because I now know “Luna’s” pattern when confronted with her unhinged unbalanced behavior; she lies and plays the victim.

The statement by the President calling Matt Tito a RINO just adds to the mountain of lies that Luna has told, many of them under oath particularly in the recent contrived publicity stunt in which she accused Matt Tito and her other opponents of plotting together to murder her. In fact, the released Presidential Statement came on the exact day Luna and one of her henchwomen perjured themselves repeatedly as Luna’s ‘Murder Plot PR stunt” began to unravel in a court-ordered deposition.

I can’t imagine who might have urged the President to endorse such a person and wonder if he knows what happens when someone hasn’t told the President the whole truth leading to an action- where he might get embarrassed for not knowing all the facts.

What will the President do when he learns that Anna Paulina Luna is not even her real name and that she has not an iota of Hispanic heritage? What happens when he learns that she used campaign photos of herself in fatigues holding military-grade weapons to imply that she has served her country in combat when she was never deployed; such a claim is stolen valor and illegal in the state of Florida.

What happens when the president learns that Luna, who was a registered Democrat who supported Obama when she lived in California and where she listed her ethnicity as non-Hispanic in her voting records? Or when he learns “Luna” used “LUNA- TRUMP” on her yard signs in the Republican primary but distancing herself from the President switching to ‘LUNA- INDEPENDENT LEADERSHIP yard signs for her dismal general election campaign.

What happens when the President learns that Luna’s campaign operatives illegally recorded telephone conversations with political opponents; a felony for which individuals are regularly prosecuted in Florida and for which Luna’s henchwoman will ultimately be prosecuted herself?

Then there is the police report filed with the Saint Petersburg police in which Luna accused her opponents of “plotting her murder.

I have no doubt that the rigors of a primary campaign will demonstrate that Anna Paulina Luna is mentally unbalanced and a congenital liar whose entire background is essentially falsified. My next move? I am taking out a restraining order to ensure that certified, nut job Diva, Anna Paulina Meyerhoffer, and the camp followers she surrounds herself with stay away from me.

Roger Stone is a political strategist and pundit and a long-time political advisor and friend of President Donald Trump. Stone was a victim of the Mueller witch-hunt and was charged with lying to Congress in order to pressure him into testifying against the President. Stone refused. After Stone’s trial was corrupted by a biased Judge, a corrupt Jury Forewoman and a stacked jury and prosecutors sought to incarcerate Stone in a Covid 19 infested prison in violation of all current legal precedents, DOJ policy, and without regard to Stone’s health or age, President Donald Trump pardoned Roger Stone on December 23, 2020. On November 3, 2020, at midnight (!) the US Justice Department by court order released the long-hidden sections of the Mueller Report in which the Special Counsel admitted that his office with its unlimited legal authority and unlimited budget had found ” no factual evidence” to tie Roger Stone to Russsian Collusion, Wikileaks collaboration or the alleged theft of John Podesta’s e-mail. Stone is a New York Times Bestselling author and has returned to political commentary at StoneColdTruth.com.